It is the 106th this year of the anniversary of the Bolshevik Revolution, which established a communist government in Russia and subsequently in many other countries. This is an opportunity to reflect on the oppression, tyranny, and mass murder committed by communist regimes. Despite much documentation of these atrocities, many people are still unaware of their extent. It is also a time to consider the lessons that can be learned from this tragic history.

Communist states have been responsible for the deaths of an estimated 100 million people, more than all other oppressive regimes combined at the same time. The largest toll was a result of efforts to collectivize agriculture and eliminate independent property-owning peasants. Mao Zedong’s Great Leap Forward in China alone caused a man-made famine in which as many as 45 million people perished – the single biggest episode of mass murder in world history. In the Soviet Union, Joseph Stalin’s collectivisation resulted in the deaths of 6 to 10 million people. Mass famines also occurred in other communist regimes such as North Korea and Ethiopia.

Communist regimes also engaged in other forms of mass murder on an epic scale, including slave labour camps and mass executions. In addition to mass murder, communist states also imposed severe repression, including violations of freedom of speech and religion, loss of property rights, and criminalisation of economic activity.

Communist states promised a utopian society with prosperity for the working class but instead brought poverty and repression. The failure of communism can be attributed to two main factors: perverse incentives and inadequate knowledge. The establishment of a centrally planned economy and society required by socialist ideology led to a concentration of power, which attracted unscrupulous individuals and true believers who prioritised their own interests over those of the people.

The incentives created by the communist system were fundamentally flawed. The government planners, who held immense power, had little incentive to make efficient decisions or respond to the needs of the people. Instead, they were often motivated by personal gain and political advancement. Additionally, the lack of market signals and prices made it impossible for planners to make informed decisions about production and distribution.

Furthermore, the knowledge available to government planners was inadequate for them to effectively manage an entire economy. They lacked the information to make informed decisions about the needs of different regions and industries, and their attempts to centrally plan the economy often led to inefficiencies, shortages, and waste.

The history of communism is also characterised by a lack of democracy and civil liberties. The concentration of power in the hands of a small group of leaders led to repression and abuse of human rights. The lack of a free press and independent judiciary allowed for little accountability or oversight of the actions of the state.

In short, the failures of communism were rooted in its fundamental ideology and the policies it produced. The attempt to centrally plan and control an entire economy and society led to immense suffering and repression. The lack of incentives and knowledge, as well as the concentration of power, led to inefficiencies, shortages, and the abuse of human rights.

Another important factor that led to the failure of communism is its lack of economic efficiency. The absence of private property and the market system, which creates incentives for individuals to work hard and create wealth, meant that there was little motivation for people to improve their productivity and innovate. The lack of competition in the economy also led to a lack of innovation and a lack of quality goods and services.

Another key factor that led to the failure of communism was the lack of political and economic freedom. The state controlled all aspects of the economy and society, leading to a lack of individual freedom and the suppression of dissent. This lack of freedom also led to a lack of innovation and creativity, as people were not free to pursue their own interests and ideas. 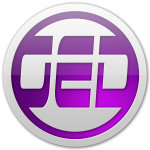 One thought on “Lessons from over a century of communism”